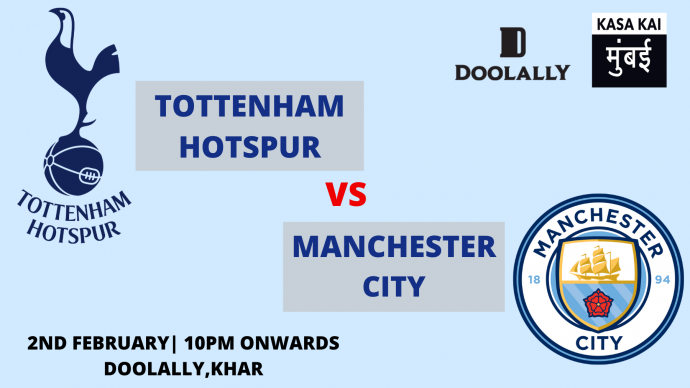 Tottenham Hotspur vs Manchester City
Kasa Kai, Tottenham Hotspur head into a Sunday's clash with Manchester City where Tottenham will try to boost their hopes of ending the season in the top four of the Premier League Table. Being away from their home the defending champions Manchester City will try to stop Jose Mourinho's team and will try to cause a hurdle for their hopes of finishing the season in the top four. So, come join us and watch the action-packed fixture this Sunday with Kasa Kai Mumbai on the big screen and stadium-like atmosphere with your fellow football fans.
Where